During the upcoming IU home football game Saturdays expect to see an increase police presence on Martinsville streets in an effort to keep the traffic flowing.  Due to the State Road 37/Interstate 69 construction it is anticipated that the volume of traffic will significantly increase on Morgan Street and State Road 39 By-Pass, therefore, police officers will be strategically placed at key intersections to control the traffic lights and/or manually direct traffic.  Some intersections on Morgan Street may have turn restrictions during peak hours of the traffic flow.  Officers may be in place as much as three hours in advance of kick-off time and for several hours following the game’s end.  Traffic patterns will return to their normal patterns during the time that the games are taking place.

Residents are encouraged to avoid Morgan Street and the State Road 39 By-Pass during the hours preceding and following the home games on the following dates: 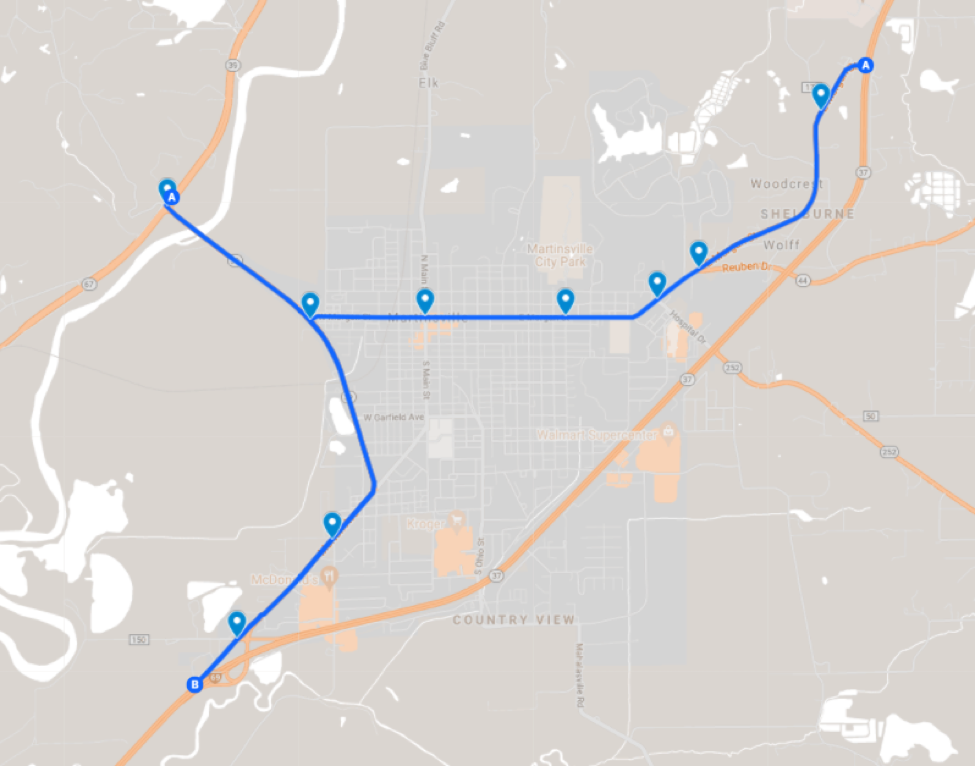 Intersections where officers will be stationed on IU football home game days.

Officers from the Martinsville City Police Department, the Morgan County Sheriff’s Department, the Indiana State Police, and other agencies will be utilized to keep the traffic moving as much as possible and keep people safe.  Costs for these services are being underwritten by Indiana University.

Fans are being encouraged to stop off on their way through Martinsville and visit local restaurants and shops and let the traffic thin out before they head on their ways home.