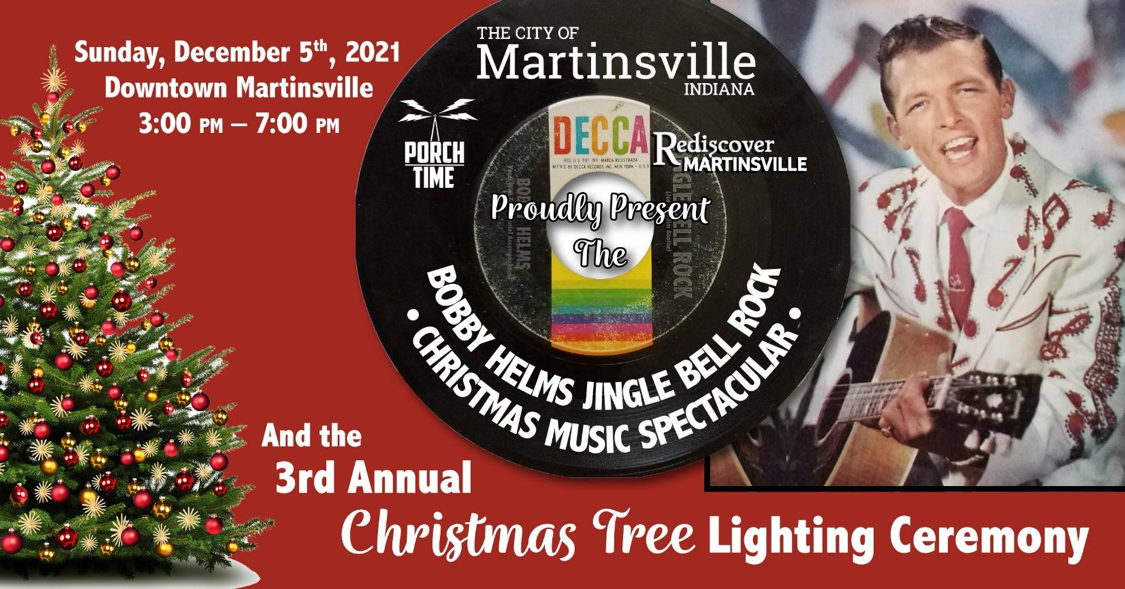 Entertainment & Attractions: All Free to Public

Bobby Helms, born to a musical family in Bloomington, Indiana in 1933, began his career as part of a country duo, singing with his brother Freddy who accompanied him on the guitar. “The Helms Brothers” became a regional attraction and were asked to appear on the Hayloft Frolic television show in Bloomington.

After his television debut, Helms was asked to sing background vocals for an Ernest Tubb session, which gave him the connections he needed to earn a recording contract of his own. Helms then began a very successful solo country career as his debut country single, “Fraulein,” hit number one on the country charts in April of 1957, and his second number one hit, “My Special Angel” was released in October of the same year.

“Jingle Bell Rock” was Helms’ next recording, released two days before Christmas in 1957. The song quickly rose to number six on the charts and continued to reappear in the pop song rankings four out of the following five years, confirming the song’s status as a true Christmas classic.

Bobby continued to tour and record for the next three decades.  He spent many of his later years living in Martinsville, Indiana and, after a long and successful career, he passed away from emphysema and asthma in 1997.

Bobby Helms will forever be remembered for his accomplishments in both the Country and Christmas music genres.  His son Rob Helms, and grandson Michael McCartney are carrying on the tradition of his music legacy.