Beginning as early as Saturday, January 29, 2022, fencing will be going up around the area where the performance venue will be constructed in downtown Martinsville.  The affected area will extend from the alley between Morgan and Pike Streets and run to the alley behind the Art Sanctuary to the Alley between Main and Jefferson Streets, denoted by the red line on the attached drawing.

No parking will be allowed in this area after Friday, January 28, 2022.  Any vehicle in the area outlined above will be towed at the owner’s expense.

The yet-to-be-named performance venue is set to be completed and dedicated on Saturday, September 17, 2022 as part of the city’s bicentennial celebration.  The day-long festivities are being planned and will center around the new performance venue. 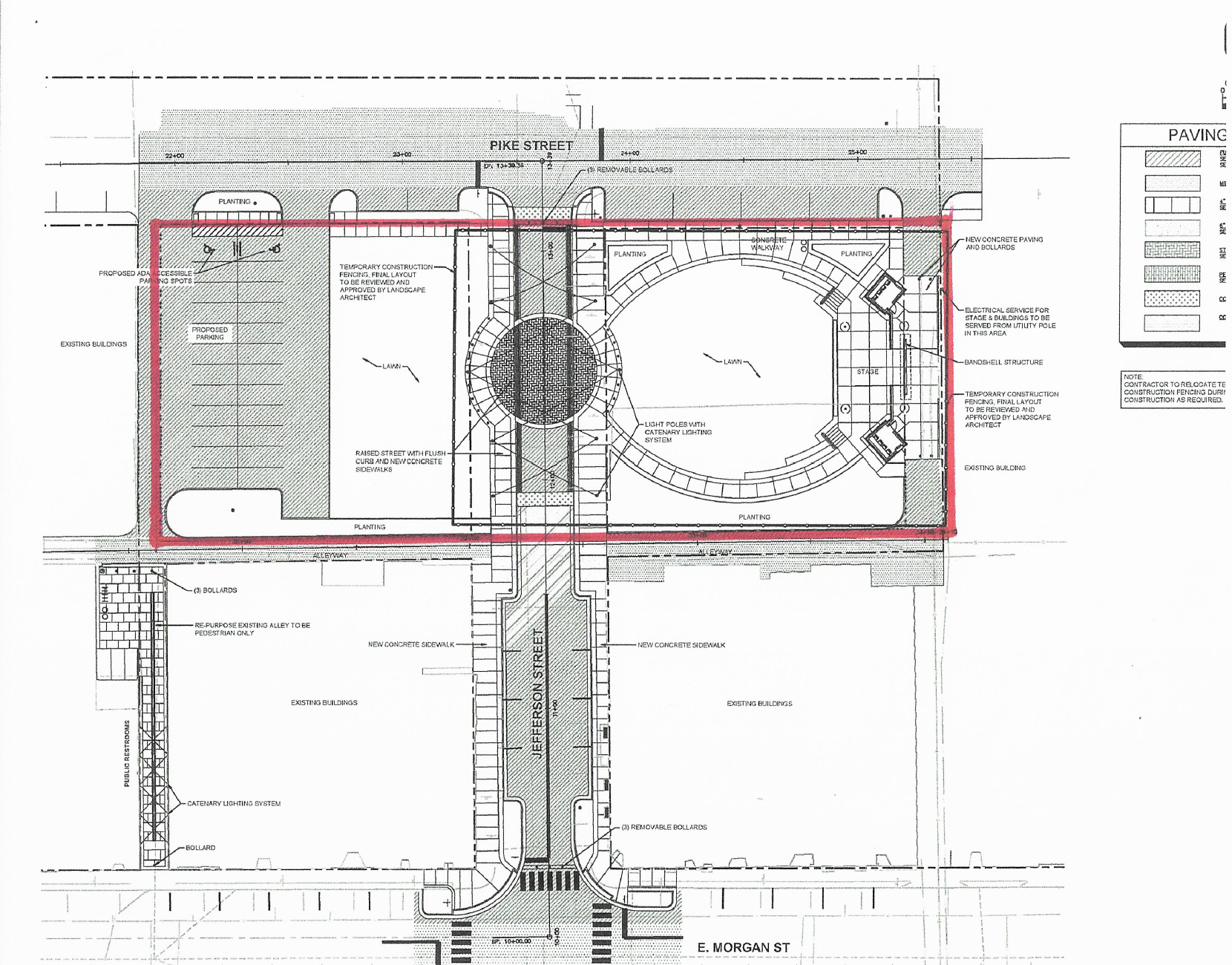